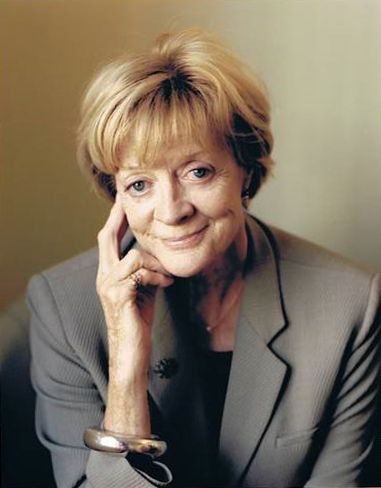 This event has now sold out.
To join the waiting list please email your name to [email protected]

Dame Maggie Smith appears at the Orange Tree for the first time, in conversation with Gyles Brandreth

Dame Maggie Smith will take to the Orange Tree stage in our new series of talks with our most distinguished actors about people they’ve worked with, admired and learned from. A celebration of British theatre’s history and its especially collaborative nature, it will be an unrivalled opportunity to see great artists talk up-close in the Orange Tree’s unique in-the-round space. It follows the first sold out Under the Orange Tree talk with Dame Judi Dench in June. OT Ambassador Gyles Brandreth returns to host.

Funds from tickets raised by the Under the Orange Tree series will go to support the Theatre’s work; from re-discovered plays, to developing new work, to introducing primary school children to Shakespeare for the first time, all aspects of the Orange Tree’s work are created with quality, variety and intimacy at their heart.

Tickets are £100 and available online only from midday Tuesday 5 September.
Those with access requirements should phone the Box Office on 020 8940 3633

Her early work on stage includes numerous appearances with the National Theatre at the Old Vic, including Desdemona opposite Laurence Olivier in Othello, Beatrice in Much Ado About Nothing, Hilda Wangel in The Master Builder and the title role in Miss Julie. In the West End she played Amanda opposite husband Robert Stephens in Private Lives. Other London theatre includes Edward Albee’s Three Tall Women (Evening Standard Award for Best Actress), A Delicate Balance and The Lady from Dubuque; Talking Heads: Bed Among the Lentils, Lady Bracknell in The Importance of Being Earnest, Lettice Douffet in Lettice and Lovage (also Broadway, Tony Award for Best Actress), The Lady in the Van, and The Breath of Life opposite Judi Dench.

She received the CBE in 1970, the DBE in 1990, and was made Companion of Honour in 2014. She was awarded the BAFTA Special Lifetime Achievement Award in 1993, the Olivier Award for Society of London Theatre Special Award in 2010 and is a Fellow of the British Film Institute.

Gyles Brandreth is a writer, broadcaster, former MP and Lord Commissioner of the Treasury, now Chancellor of the University of Chester. A veteran of QI and Have I Got News For You, a reporter on The One Show, and a regular on Just a Minute, his many books include The Oscar Wilde Murder Mysteries and the No 1 best-seller: The 7 Secrets of Happiness.

Tickets are available to book online only and will not be posted so must be collected on the day from the Theatre Box Office, up to one hour before the event. Tickets will only be released to the named booker; you will be required to present photo ID and the payment card you booked with*.

Tickets limited to 2 per person and are non-refundable and non-transferable.

OT Patrons can book up to 4 tickets directly through the Development Office. Find out more about becoming a Patron

* Tickets must not be resold. Any ticket resold for profit or commercial gain will be void: the Orange Tree will cancel the booking and the ticketholder will be refused entry.