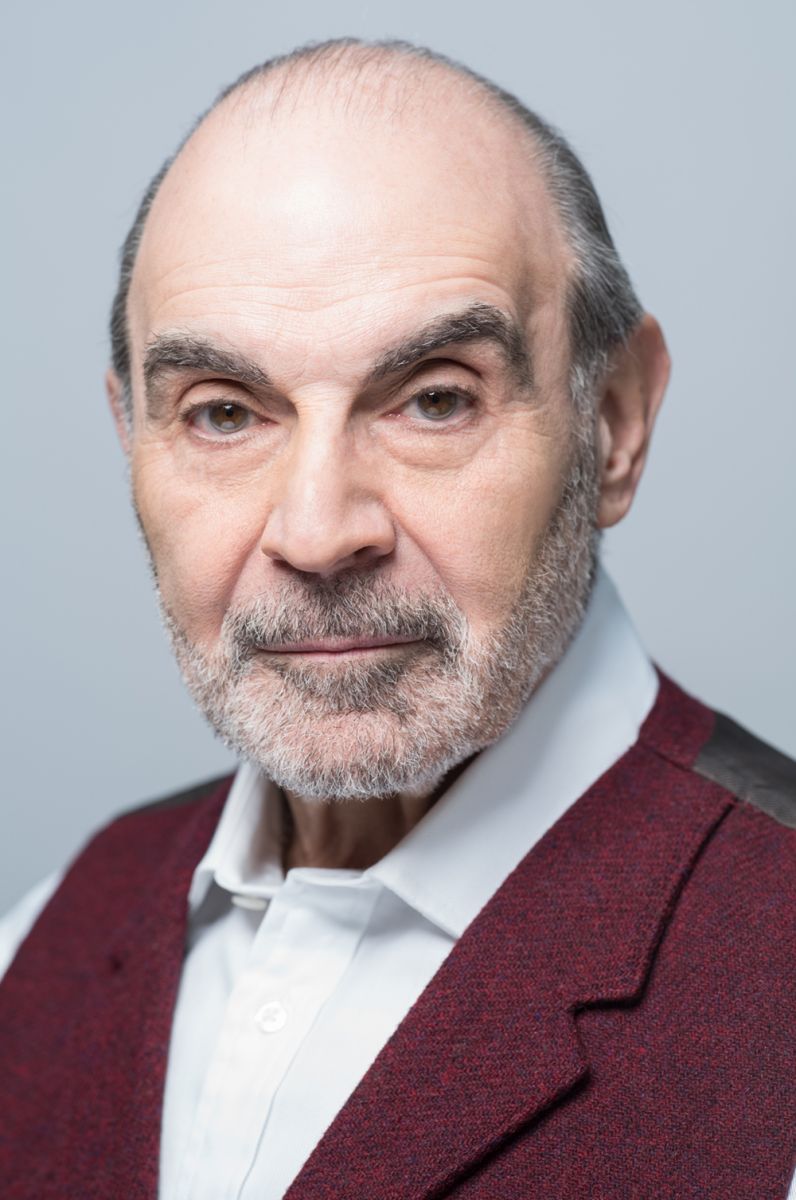 David Suchet CBE will take to the Orange Tree stage in conversation with Gyles Brandreth in our series of discussions with our most distinguished actors talking about people they’ve worked with, admired and learned from. Under the Orange Tree is a celebration of British theatre’s history and its especially collaborative nature, and is an unrivalled opportunity to see great artists talk up-close in the OT’s unique in-the-round space. It follows sold out Under the Orange Tree talks with Dame Judi Dench and Dame Maggie Smith in 2017 and with Sir Derek Jacobi and the late Dame Jane Whitfield in 2018.

The Under the Orange Tree series helps the OT - a registered charity - achieve the £450,000 it needs to fundraise every year in addition to ticket sales. Proceeds from the event will support all aspects of the Theatre's activities: from producing re-discovered plays, to developing new work, to introducing thousands of primary school children to Shakespeare for the first time.

Tickets start from £48 and will increase with demand.

VIP packages including a meet and greet after the performance are also available by calling the Box Office on 020 8940 3633.

David Suchet CBE is an Associate Artist and Governor of the Royal Shakespeare Company. He is best known around the world for his portrayal of Agatha Christie’s ‘Hercule Poirot’ having starred in all 74 Poirot TV films, which is the whole canon of the Poirot stories.

David has starred in a number of theatre productions, most recently Arthur Miller’s The Price at the Vaudeville Theatre in London’s West End, for which his performance as ‘Gregory Solomon’ received an Olivier nomination for Best Leading Actor.

In November 2015 he finished an extremely successful run of Oscar Wilde’s The Importance of Being Earnest at the Vaudeville Theatre in which he played Lady Bracknell. Other theatre work includes Long Day’s Journey into Night (Apollo Theatre) for which he was nominated for the Best Actor Olivier Award, as well as at the WhatOnStage Awards. Also at the Apollo Theatre, David took to the stage in All My Sons for which he was again nominated for the Olivier Award and for which he won the Critics’ Circle Award for Best Actor. David’s performance in Amadeus (West End, London and Broadway) won him Best Actor at the USA Award, and won him nominations for Olivier and Evening Standard Awards, as well as a Tony nomination for Best Actor. When David took to the stage as George in Who’s Afraid of Virginia Woolf? at the Aldwych Theatre, he was commended with the Critics’ Circle Award, nominated for the Evening Standard Best Actor and Olivier Awards. As an Associate Artist of the Royal Shakespeare Company he has played lago in Othello, Shylock in The Merchant of Venice, Caliban in The Tempest, Bolingbroke in Richard II, Angelo in Measure for Measure (all nominated for Olivier Best Actor Awards).

He has been involved in a number of radio productions including The Kretuzer Sonata (Best Actor Award), Never Been Kissed in the Same Place Twice, Ironhand, First Night Impressions, The Merchant of Venice, Richard II, Debussy and many more.