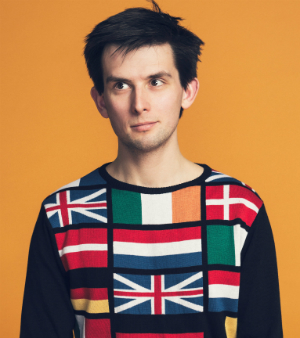 Show And Tell in association with United Agents presents

Passion. Betrayal. Harold Wilson. After performing at the Orange Tree in 2017 with his sell-out show Maestro, character comedian Kieran Hodgson returns with the epic and surprising tale of how Britain joined Europe in the first place.

On a deeply personal quest for understanding, Kieran perfects a series of obsolete impressions and discovers that the 70s were about more than just TISWAS, the colour brown and the words ‘Let’s go on strike again’.

‘there’s a delicious perfectionism here to the writing, structure and delivery that puts most other shows to shame’ â??â??â??â?? The Telegraph

‘ravishingly entertaining, informative, full of insight and plenty of laughs’ â??â??â??â?? The Times

‘incredibly dense in laughs… it’s not half as niche as it sounds, and ten times funnier’ â??â??â??â?? Chortle