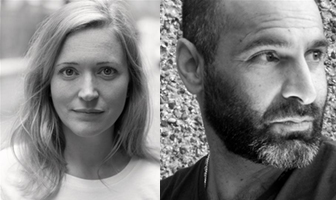 Claire Price (The Winter’s Tale, The Daughter in Law, Company at Sheffield Crucible, Home Fires on TV) and Zubin Varla (A Midsummer Night’s Dream at Shakespeare’s Globe; Dara, War Horse, The Enchantment at the National Theatre) play a couple separated for seven years following the tragic death of their child. They are reunited for a difficult meeting in an extraordinary play that asks a simple question: is it ever possible to move on?

Lot Vekemans’ plays include Sister, Judas and Wrong which all premiered in her native Holland. Her plays have been translated in more than 15 languages and have been staged successfully in more than 20 countries around the world. Her first novel A Wedding Dress from Warsaw was published in 2012.

Paul Miller has directed the world premieres of new plays by Dennis Kelly, Richard Bean, Roy Williams, Lin Coghlan, Tanika Gupta and Simon Bent. He has been Artistic Director of the Orange Tree Theatre since 2014, where his productions include The Lottery of Love by Marivaix, translated by John Fowles, Sheppey by Somerset Maugham, French Without Tears by Terence Rattigan, The Philanderer and Widowers’ Houses by Bernard Shaw, Each His Own Wilderness by Doris Lessing, and The Widowing of Mrs Holroyd by DH Lawrence. He will direct Bernard Shaw’s Misalliance in December.

Find out more and book tickets