Panic Over? Not Quite by Zoe Williams

This article was written for the programme of Clare McIntyre’s Low Level Panic, playing until 25 March

In the mid-nineties, which was the bit before Tony Blair, and the bit before Things Can Only Get Better, so was effectively the Eighties, a vast survey was carried out. It was called What Women Want. 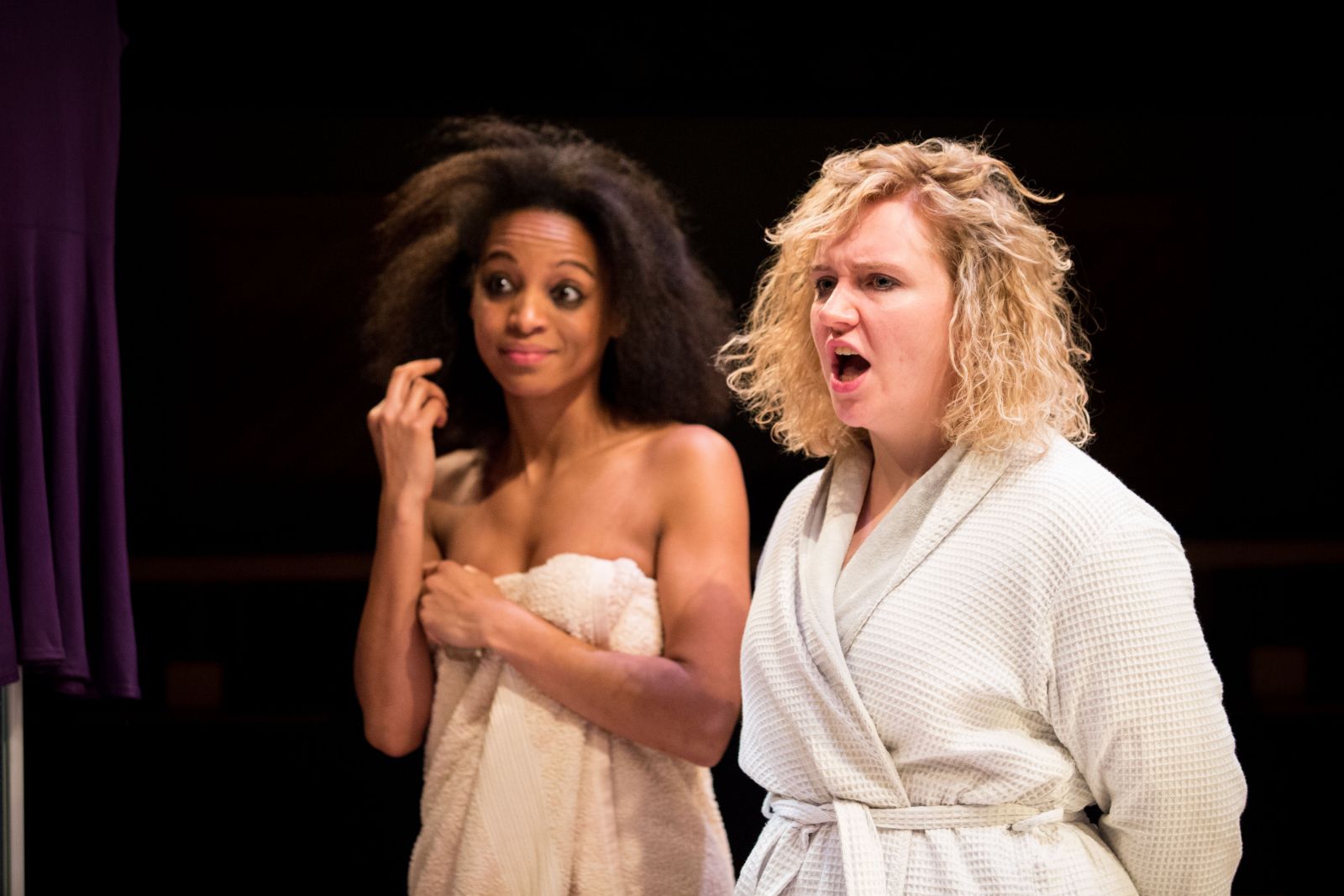 It was an open-ended question: what do you want? Your answer went on a postcard. If memory served, men were allowed to answer, but tended not to. The cards were distributed in the Body Shop.

In the mid-this-decade, whatever we call it, the survey was repeated. So little had changed. So little had been resolved. So many of the answers — about sexual violence, about objectification in the media, about body image, childcare, the pay gap, pornography — were the same, that the ossification was the striking thing. How, after all these years, have we not managed to sort maternity discrimination? Why are young women still asking for street lighting above everything else? What on earth has gone wrong, that a 22-year-old this year described herself as paying a “safety tax” — the taxi home, the gym membership in winter so she didn’t have to run in the park, the circuitous journeys? Back in the day, many of these issues had only just made it onto the political agenda. Now they’ve been there for as long as the characters in this play have been alive, and nothing seems to have changed. It as, above all, rather a depressing indictment of the cogs of politics, but one of the bitter clarities of 2017 is that we don’t have to look in the margins or tease out any subtleties to be depressed about politics.

The truth is, beneath the headlines, a lot has changed, and Low Level Panic brings the differences rushing back like bats screaming out of a cave. Body image was certainly a problem, back then; everybody wanted to be thinner, not just lose a few pounds, wanted viscerally to be lighter, to take up less space, almost as if true desirability lay in unshackling from the corporeal self. I remember, as a teenager at a neurotic single-sex school, a girl so light that she was lifted off the ground by a kite; it was the stuff of dreams. The admiration was unbounded. But it was complicated: nobody wanted to be objectified, or identikit, or conventional. To be a man’s version of a woman was to be diluted and surrendered, less than a self; to want to be a man’s version of a woman, and then fail, God, that was the pits. It was a contradiction that slayed us, objecting to the objectification, while simultaneously longing to look like the object. If you wanted to be empowered, you looked one way; if you wanted to be powerful, you looked another.

The difference, now, Susie Orbach described when she reissued Fat is a Feminist Issue last year: “The whole issue of empowerment now is about your own personal empowerment, how to get ahead, rather than have lives of meaning. Your body is part of your passport, part of your reconstruction of yourself as a neoliberal person. People used to know they had problems with their bodies and their eating and they would come for help. Now it’s just taken for granted, this is part of how I have to live, feeling shit about my body, scared of food. When I first started, not every woman had an eating issue, not everybody had a body dysmorphic problem. Now everybody has one but they don’t even bother to talk about it. it’s hateful, really, what the culture has done.”  I hope that doesn’t sound too glum. Externally, nobody talks about thinness any more. They talk about going to the gym. 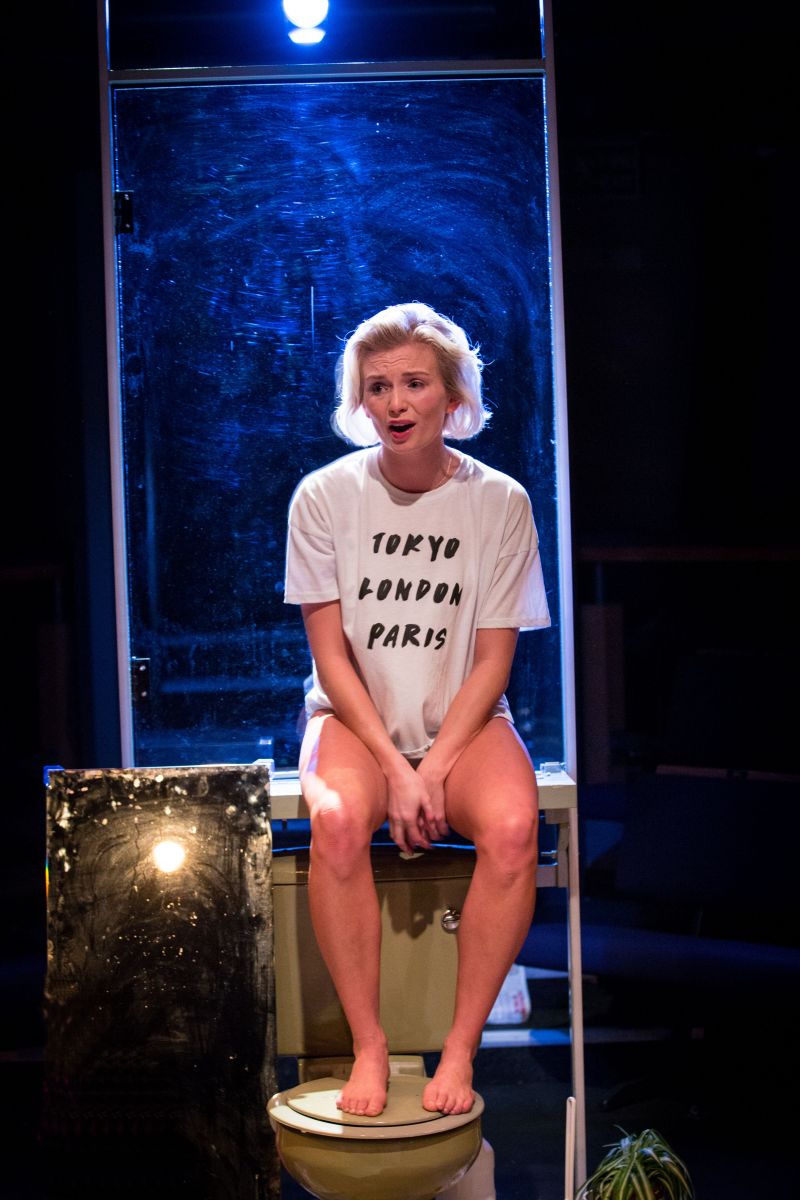 In a way, sexual violence and the preconceptions around it have changed the least: trust me, millennials, none of us ever thought that a stranger could lay a hand on you, and that would be flattering. Yet here, some progress has been made, I think, in the intercession of law and order. While it’s hard to divine any difference in predatory behaviour, while young women still carry that hunted, exasperated load, the unspoken, “I didn’t ask for this”, it would be unusual for institutions to shrug it off, to minimise. There is a new social solidarity — distilled in the Everyday Sexism project - that makes change seem possible. Yet the dark side of new media is more pronounced. We used to talk about pornography, and we would mean one thing, an improbable tableaux of Viking men and denatured women. Now, we don’t know what we mean; gonzo porn, new atrocities squirted in like condiments on an inedible burger? Is it bad because a 12-year-old might see it and think that’s what sex is? Is it bad because none of the players look human? Is it bad because it’s the wrong sort of porn, or the extras aren’t unionised, or because debasement was supposed to be niche, it was never meant to be the whole story? Without a coherent narrative of sexual equity, with the tensions between intimacy and exploitation not so much unresolved as completely capsized by a wave of the self as currency in a hostile marketplace, the old question — are all men bastards, or only some? — seems impossibly quaint.

All the questions lead back to one; is it better or worse to be a young woman today than one in the Eighties, more or less panic-inducing? It is one that I cannot answer. I can’t speak for the young women of today, and I’m not even totally sure I trust my memory. All I have are fragments, snapshots, sharp moments standing out of the cultural landscape, that vividly insist on how the culture has changed for a woman finding her place in it. Low Level Panic is one such sharp moment.

Zoe Williams has been a columnist on the Guardian since 2000 - previously, she wrote a column for the Evening Standard. She has appeared on various current affairs and discussion shows and written for a load of magazines.
She was 2013’s Print Journalist of the Year for the Speaking Together Media Awards, 2011’s Columnist of the Year at the Workworld awards and is the author of one non-fiction book, Bring It On, Baby, about the politicisation of motherhood.